10 Most Recognisable Dresses of All Time

VirginiaWei0621
posted on 4 years ago — updated on 7 months ago
622
views
Celebrities Lists
10 Dressing up properly can change the way the world perceives you. Dresses are meant to be an extension of our personalities. It has an impact on the perceives that can change the very course of your life, for instance take Elizabeth Hurley at number 3. Anyway, check out the 10 most recognizable dresses of all time: Iconic Dresses - World's Most Recognizable Dresses 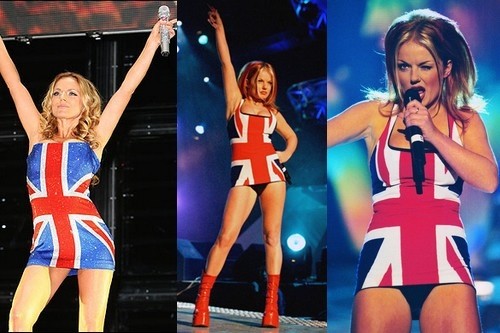 The Union Jack dress was an item of clothing worn by singer Geri Halliwell of the Spice Girls whilst performing “Who Do You Think You Are” at the BRIT Awards on 24 February 1997. It was the dress that became the worldwide symbol for girl power – but was in fact made from an old tea towel. Geri Halliwell was given a black Gucci mini dress to wear during the performance, but, deciding that it was “too boring”, she asked her sister to sew a patriotic tea towel on the front – in celebration of being British. And so the most famous dress in Pop history was born. The dress holds the Guinness World Record for the most expensive piece of popstar clothing dealt at auction. According to The Daily Telegraph, the dress came top in an online poll to find the 10 most iconic dresses of the last 50 years. The dress has become synonymous with the Spice Girls, Halliwell and the notions of Girl Power and Cool Britannia. 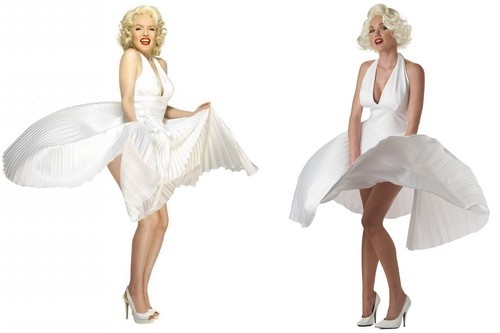 The white pleated dress worn by Marilyn Monroe in the 1955 film The Seven Year Itch is regarded as an icon of film history and the image of Monroe in the white dress standing above a New York subway grate on the corner of Lexington Avenue and 52nd street, blowing the dress up has been described as one of the iconic images of the 20th century. Created by costume designer William Travilla, the halterneck dress was kept locked away in his archives – presumed lost by many – until his death in 1990, when it joined a private collection owned by Debbie Reynolds at the Hollywood Motion Picture Museum. The dress was later sold for over $5.6 million (£3.5 million) at a 2011 auction. 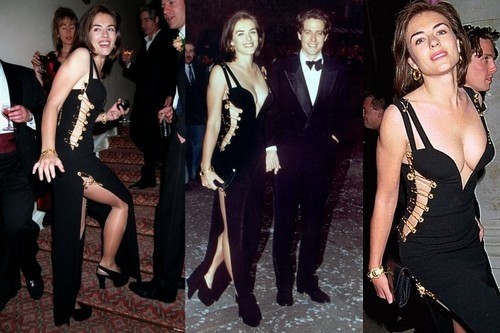 Elizabeth Hurley wore a black Versace dress on the premiere of “Four Weddings and a Funeral” in 1994. The dress was held together by several oversized gold safety pins. The dress is perhaps Versace ‘s best-known creation, and is considered one of the most recognisable dresses of all time. 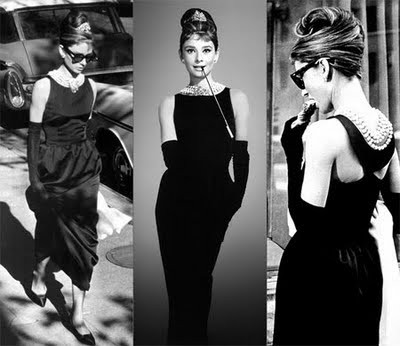 At number 4 amongst the most recognisable dresses of all time is Audrey Hepburn’s Breakfast at Tiffany’s dress. October 5, 1961, theatre goers swooned (though not for the first time) at the sight of Audrey Hepburn, stepping down from a cab in a full-length black Givency dress with a cut-out back that outlined her lean shoulder blades finely. It was one of cinema’s ultimate fashion moments. Hepburn, in the film “Breakfast at Tiffany’s”, is seen gilding over the pavement in the long black dress (a floor-length one, in this case) towards the Tiffany’s with a pack of pastry and coffee in her hand. While she remains glued to the storefront window, nibbling at her breakfast, admiring the jewellery inside, the world audience remained glued to the image of the woman, in the century’s most famous ‘little black dress’ strolling down the deserted Fifth Avenue in New York City. Arguably history’s most iconic items of clothing, the Hubert de Givenchy design featured on the 1961 Breakfast at Tiffany’s film posters worldwide. Audrey Hepburn’s turn as Holly Golightly was not only a defining moment in her career, but helped secure the fashion classic its place in style history. 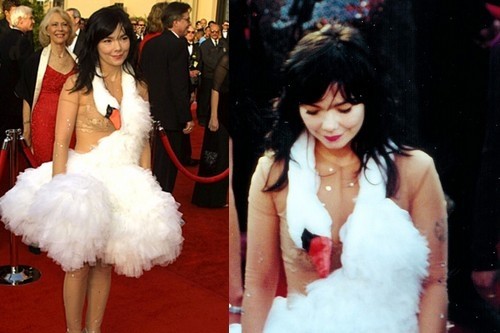 The most brilliantly bonkers dress to feature in our list of most recognisable dresses comes courtesy of Bjork, who arrived at the 73rd Academy Awards on 25 March 2001 in this swan dress designed by Macedonian designer Marjan Pejoski. Not content with simply wearing such an outlandish creation, the singer then proceeded to mimick laying an egg on the red carpet. The dress was voted the ninth-most iconic red-carpet dress of all time.

Jennifer Lopez wore an exotic green Versace silk chiffon dress to the 42nd Grammy Awards ceremony on February 23, 2000. Lopez caused a media storm when she arrived on red carpet in this sheer plunging Versace dress – printed with a tropical leaf and bamboo pattern, and cut with a very low neckline extending well past Lopez’s navel, while the waist of the dress was studded with citrines. Perhaps second only to Elizabeth Hurley’s safety-pin number as the most recognisable dresses of all time by Versace. The dress is now on display at The Grammy Museum in Los Angeles 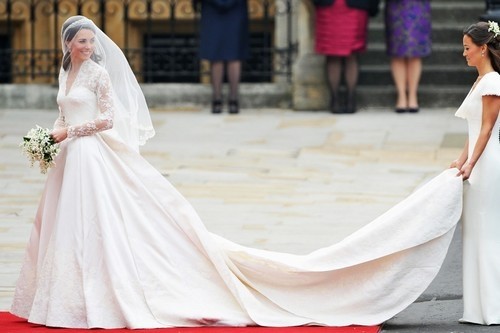 The next in our count down of the most recognisable dresses of all time is Wedding dress of Kate Middleton . English designer Sarah Burton, creative director of the luxury fashion house Alexander McQueen, designed the bridal gown worn by Catherine, Duchess of Cambridge, at her wedding to Prince William, Duke of Cambridge, on 29 April 2011. Catherine walking down the aisle in the Sarah Burton for Alexander McQueen dress was watched by an estimated audience of over two billion worldwide. 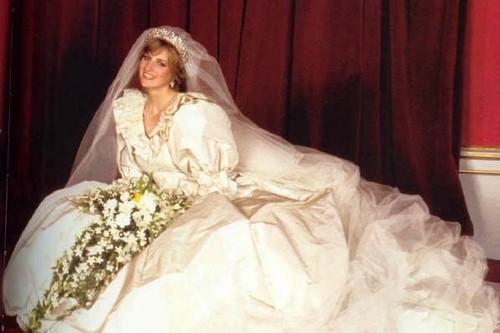 The wedding dress was worn by Lady Diana at her wedding to Charles, Prince of Wales in 1981. Diana wore an ivory silk taffeta and antique lace gown, with a 25-foot (7.62 m) train, valued then at £9000. It became one of the most famous dresses in the world, and was considered one of the most closely guarded secrets in fashion history. The dress set wedding fashion trends after the wedding. 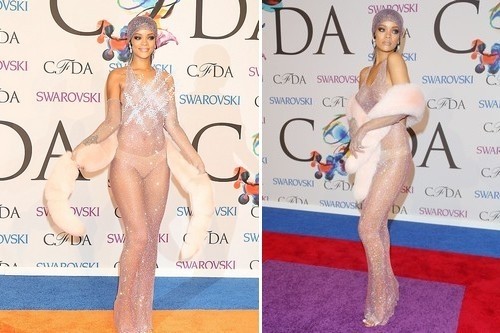 Rihanna 's CFDA Awards dress comes 9th in our list of most recognisable dresses of all time. The dress we are talking about here is the one she wore at the CFDA Awards in 2014. It was a floor-length see-through sparkling dress with the singer wearing a thong inside and no bra.

Who hasn’t heard of Lady Gaga and her artistic weirdness? This “Queen of Pop” is also remembered for her bizarre dress, hat and shoes made from raw meat at the MTV Video Music Awards in 2010. It obviously gave air to a lot of controversies. Designed by Franc Fernandez and styled by Nicola Formichetti, the dress was condemned by animal rights groups, and named by Time as the top fashion statement of 2010. The dress has since been dried and preserved by taxidermists and is on display at the Rock and Roll Hall of Fame in Ohio, US. At the time, the singer was quoted as saying: “If we don’t stand up for what we believe in and if we don’t fight for our rights, pretty soon we’re going to have as much rights as the meat on our own bones. And I am not a piece of meat.”