mo.sunny.37
posted on 6 years ago — updated on 1 week ago
2,532
views
Celebrities Lists
Around decades ago, Inter religion marriages were really a tough job to get accepted in Indian societies. Still our celebs managed to do so and became many couples inspiration. I personally think whether it is inter religion or intra religion, go for the person you want to be with. And that's what our celebs did. Here I have made a list of the celebrity couples who went through an inter-religion marriage. Take a close look into it. Inter Religion Bollywood Celebrity Marriages 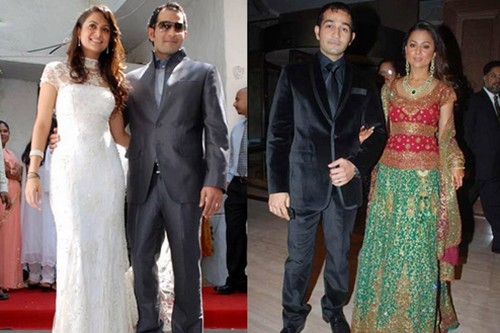 The couple tied the knot in 2009. They had gone through a traditional Muslim Nikah as well as Church marriage. Amrita Arora has a mix Punjabi catholic background while her husband is a traditional Muslim. Rumours say they had tied knot suddenly because Amrita was probably got pregnant before their marriage. 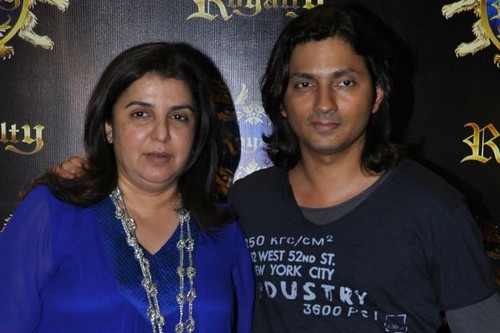 The Hindu-Muslim duo had met for the first time on movie set, fell in love, got married. Now Farah has become a mother of triplet (one son, two daughters)! They got married on 9th Dec, 2004. Shirish Kunder was the Editor of the film 'Main Hoon Na' which was then directed by Farah. Another fact about this couple is, Farah is 8 years elder than Shirish. 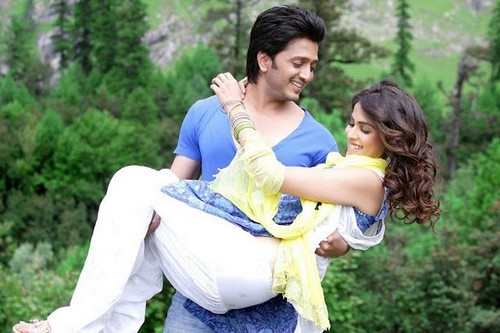 The cutest girl in South Indian Cinemas Genelia D'souza has tied knot with the actor son of famous Indian Politician Vilasrao Deshmukh, Ritesh Deshmukh on 3rd February, 2012. Their marriage ceremony was done according to traditional Marathi process. On the very next day the couple again married to each other in Church. On 2012, the couple gave birth to their first child. 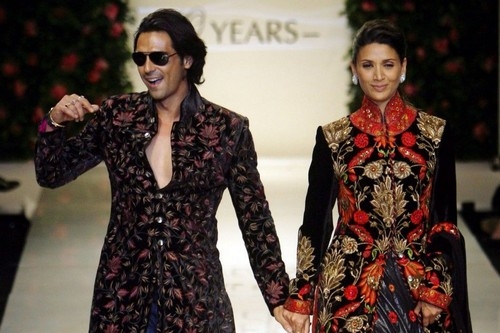 By profession, Mehr Jesia is a Model (Femina Miss India Universe 1986) and Arjun Rampal is an eminent bollywood actor. They tied knot on 1998 and now they have two daughters, Mahikaa and Myra. Arun is Hindu Sikh and Mrs Jesia belongs to a Parsi family. In 2015, this couple has decided to apply for divorce. 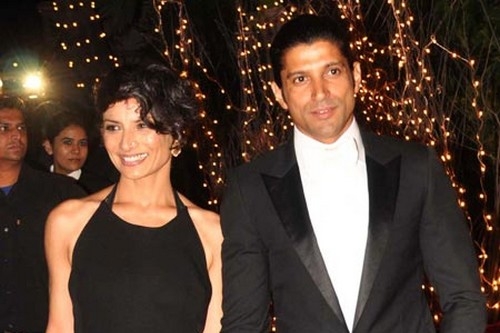 After dating each other for about 3years, the duo took the final decision to marry on 2000. Aktar is the son of famous Lyricist Jawed Akhtar. He believes in atheism while his wife is the daughter of a Bengali doctor who had married to an English woman. Both enthral in their respective professions and made themselves one of the famous couple in India. Adhuna's mother inspired her to became a hair professional. Aktar with his Hairdresser wife have two children till 2015.

Arbaaz Khan belongs to the well known Khan family and his family is considered to be a family which has a huge diversity in itself. Khan family is a very powerful family in Bollywood industry. Arbaaz's beautiful wife, the ' Chaiyya Chaiyya girl' belongs to a Hindu family while Arbaaz's father, Salim Khan, is a Muslim. Both the actors now have a son, Arhaan, born on 2002. They are happily enjoying their marriage life since 1998. Mallaika thinks herself to be the blessed one to have a family like this. 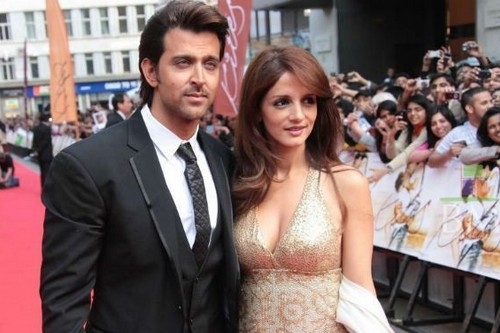 The dude with a beautiful wife got engaged on 20 Dec, 2000. Hrithik has agreed with the fact that both of them used to make love since their childhood days. India's 1st superhero belongs to an ethnic Punjabi family where as his wife is a Muslim. Does childhood love story end up due to religious gap? Never! The duo has two sons Hrehaan and Hridaan. There was a huge controversy took place in all over the country when Hrithik announced that he and his wife Suzanne has decided to separate and end their relationship on 2013. They finally got officially divorced on 1st November 2014 in Bandra court, Mumbai. Rumours say Arjun Rampal was the actual cause behind their split . 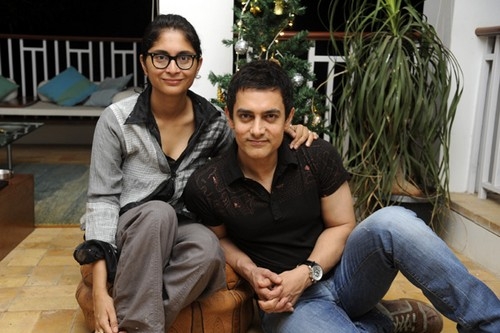 Aamir Khan, better known as Mr. Perfectionist was previously married to Rina Dutta and got divorced on 2002. After this period, Khan met with Kiran Rao who has been the assistant director of the movie Lagaan . Khan was the leading actor of Lagaan. The duo fell in love and got married on 2011. They have a son through surrogacy. Rao is an atheist and follows vegan lifestyle. 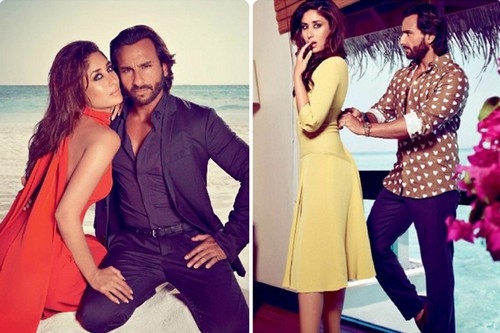 Kareena Kapoor, aka Bebo, was born in a traditional famous Punjabi Family whereas; Saif Ali Khan is the son of the evergreen Bengali beauty Sharmila Tagore and the famous Nawab Mansoor Ali Khan Pataudi. Kareena said to the media that she couldn't able to convince her mother to accept their relationship because Saif was previously married and then divorced and also the interreligious matter was there. It was her elder sister Karishma Kapoor who led the role to convince their mother. Finally the couple got the acceptance and became married on 16 Oct, 2014 after dating each other from Oct, 2007. And thats how Kareena became the 'Beygam' of Indias 'Chote Nawab'. 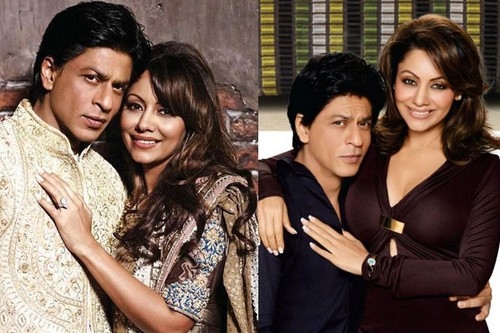 I have no other couples in my research to discuss about for the First Rank. It has to be none other than Shah Rush Khan and Gauri Chhibber. They first met each other in a party in the year 1984 when SRK was just 18! They fell in love and then the family drama began when both of them decided to tie the knot. Gauri belonged to a Brahmin Hindu family, used to have only vegetarian meals and they had a temple inside their house whereas SRK was a muslim. Apart from inter religious matter, Gauri's father also had a question about SRK's unsettled life and a doubtful career. After huge hurdle, they both managed to get united. They married on 25th Oct 1991. They have 3 children AbRam, Aryan, Suhana. Still after a long time of their marriage they found to be the perfect couple to be considered as the inspiration to many couple.